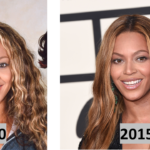 Rhinoplasties (nose jobs) are the most popular cosmetic surgeries among celebrities. But who has the best one? You might be surprised at who you see on this list! And only ONE on this list has admitted to having their nose worked on! Jennifer Aniston – Jennifer has admitted to undergoing a septoplasty to straighten out the […]

Man Sues Cosmetic Surgeon After He Allegedly Removed His Nose

The video says it all. So why did this man’s doctor remove his nose? This is pure speculation, but an infection of the cartilage of the nose, such as by MRSA, could result in the cartilage being destroyed. This could cause the nose to collapse, and necessitate actual removal. So what should people take away […]

When Wanting Beauty Becomes An Unhealthy Obsession – My NPR Segment

A recent study in Plastic and Reconstructive Surgery determined that 1/3rd of patients who present for rhinoplasty surgery have Body Dysmorphic Disorder, or BDD.  I recently discussed this troubling statistic, and how this relates to people of color in a segment of NPR’s Tell Me More with Michel Martin. Youn says there are potential neurological […]

Plastic Surgery For Men – My Segment on GMA Health

Check out the latest in plastic surgery for men, courtesy of Good Morning America Health. Last year over 1.1 million cosmetic procedures were performed in men. Which are some of the most popular? To read about my intense experience with having plastic surgery, click here.