Rhinoplasties (nose jobs) are the most popular cosmetic surgeries among celebrities. But who has the best one? You might be surprised at who you see on this list! And only ONE on this list has admitted to having their nose worked on!

Jennifer Aniston – Jennifer has admitted to undergoing a septoplasty to straighten out the nasal septum to help with breathing. However, when you take a look at photos of her, it also appears that her nose may have been a bit thinned and refined. Although this could be due to aging, I think it’s very possible she’s had subtle work done to refine her nose.

Kim Kardashian – I don’t think many people would be surprised to hear Kim has had work done on her nose. I actually think she’s had at least one rhinoplasty. Her nose looks very different in 2006 than it does in 2014. At this point, I think the question is more: what hasn’t she had done?

Ryan Gosling – Did you expect Ryan to be on my list? In my opinion, he probably had a nose job when he was younger! It used to look slightly crooked and also had a bump near the top, but now it appears more refined and straighter.

Jennifer Lopez – If you take a look at Jennifer in the 90s compared to recent years, there’s a definite change to her nose. It looks thinner and maybe even slightly shorter now than it did when she was younger, and the tip looks less round. She hasn’t admitted to any surgical work on her face, but I believe she’s undergone a rhinoplasty. 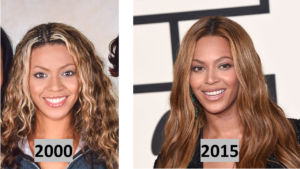 Beyoncé – Do you think she’s had a nose job? I believe Beyoncé had surgery earlier on in her career to make her nose thinner and more refined. Now, I understand the varied shape could be due to makeup techniques like contouring, but I would be willing to bet she’s gone under the knife!

Regardless if they’ve had rhinoplasty, these celebrities all look great! Which celebrities do you think have had the best nose jobs?

Here are the latest episodes of my podcast, The Holistic Plastic Surgery Show. Please SUBSCRIBE so you don’t miss a single information-packed show! 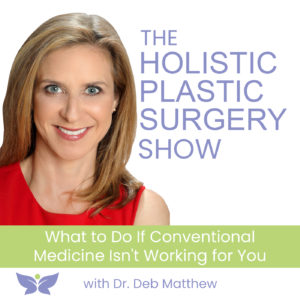 Episode #257 – What to do if Conventional Medicine Isn’t Working for You with Dr. Deb Matthew – Conventional medicine doesn’t work for everyone. There are likely millions of people who don’t feel right but are told by their physicians that their labs are “normal” and that nothing else can be done for them. If this sounds like you, what should you do?

The answer is to see a functional medicine physician.

To learn more, listen HERE with Apple devices or HERE with Android phones. 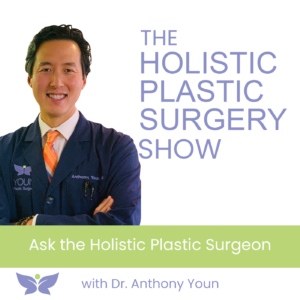 On this podcast I’m going to answer your questions about plastic surgery, skin care, and much more.

What can you do about hooded eyes? What is the best way to tighten the skin of your tummy? What is a good, simple skin care routine? And how old AM I?

I’m going to answer these burning questions and a whole lot more on this week’s podcast!

Listen HERE on Apple devices or HERE on Android.