Why doctors fall asleep while treating you 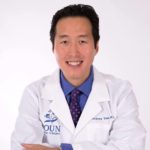 onfession: I’ve fallen asleep while operating on patients. And I’m sure I’m not the only one.

No, I’ve never passed out and face-planted into a patient’s open belly. Nor have I fallen asleep in the operating room as a plastic surgeon in practice. But as a resident, I performed the dreaded head-bob several times. Here is a typical scenario:

The OR is silent, except for the rhythmic beep from the anesthesia machine. My surgical scrubs feel warm, like a pair of comfy pajamas. I sit, holding two tiny retractors, while the hand surgeon meticulously dissects the patient’s carpal tunnel. It’s a surgery I’ve assisted on dozens of times before.

I blink and try to remember what day it is. It seems like forever ago that I arrived at the hospital. In fact, it’s been more than 32 hours since my shift started. During this past day and a half, I’ve logged more than 15 hours in the OR and exactly zero minutes of sleep.

My eyelids feel heavy, as if being pulled down by an invisible force. I begin shaking my knee up and down, an attempt to keep myself awake.

Heaviness returns to my eyelids. I’m dancing on the edge of sleep. Five minutes later, I lose the battle. My head briefly bobs down, then back up.

I immediately look around. Has anyone noticed? Apparently not the surgeon.

I look at the scrub technician, sitting to my right. She nods her head at me, knowingly. Then she digs her heel into my foot. Hard.

I suppress a yelp.

Residency, the training to become a real, practicing physician, is brutal. During my surgical residency back in the late ’90s, I was routinely expected to work up to 36 hours straight, without sleep or a designated break. Sure, I occasionally caught a few zzz’s in the call room, but many nights were spent wide awake taking care of patients.

I was one of the lucky ones. Although often overworked, I never considered myself abused. Some residents had it a lot worse.

Things aren’t quite as bad today as they were 14 years ago. In July 2011, the Accreditation Council for Graduate Medical Education implemented new resident work hour standards, instituting a maximum 16-hour shift for postgraduate first-year residents, aka interns.

These new rules have created concern among residents regarding their education. A survey published in the June issue of Archives of Surgery found that surgical interns believed the new regulations would decrease their time spent operating, acquisition of medical knowledge, development of surgical skills and overall educational experience.

So what’s the real benefit to reducing resident work hours? The Archives of Surgery survey also found that the majority of interns believed the new regulations would improve the quality and safety of patient care. As physicians, this should be our primary concern.

Proper residency training shouldn’t necessitate working young doctors so hard that they’re forced to make patient care decisions or perform medical procedures while excessively fatigued. Studies show that impairment in cognitive and motor performance when sleep-deprived for 24 hours is equivalent to having a blood-alcohol level of 0.1%. This is considered legally drunk.

Do you want a drunken doctor operating on you?

As a physician, my patients expect me to be at my best when treating them. Part of being at my best includes being well-rested. Since my residency days, I’ve never fallen asleep in the operating room. Not even close.

But it often disturbs me when I think about how sleep-deprived I was as a resident.