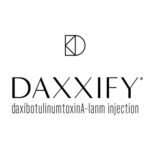 Have You Heard the News?

Here are some pretty interesting new items in plastic surgery that I think you’ll find interesting! 1. Today the FDA approved the latest cosmetic botulinum toxin called Daxxify. This injectable neurotoxin has been in development for years, so it’s great that the FDA finally acted on its application. Daxxify is touted as having a longer duration […]

The Latest News in Plastic Surgery and Cosmetic Medicine

There has been a lot of news in plastic surgery and cosmetic medicine recently. Here are some things that you really need to know! 1. The FDA has issued a recall of Allergan Biocell textured (Style 410 and 468) breast implants. These implants have been determined to have a higher risk of ALCL (anaplastic large cell lymphoma) […] 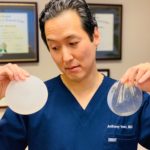 Breast Implant Illness, or BII, is one of the hottest topics in plastic surgery today. Breast implant illness refers to a constellation of symptoms that some women appear to develop after undergoing breast augmentation with implants. These symptoms include fatigue, muscle and joint pain, brain fog, fevers, rashes, and hair loss. Until recently, there have […]

I hope you’re enjoying your summer! I’ve compiled a number of plastic surgery secrets that I think you will find fascinating. These secrets may be hard to believe, but they’re true! Here they are… 1. Fat can get thicker after Coolsculpting – One of the reasons why I don’t offer Coolsculpting at YOUN Plastic Surgery (YPS) is […]

How Plastic Is Too Plastic?

The Bethenny Show had a very interesting series of segments this past Wednesday on Extreme Plastic Surgery. They interviewed a plastic surgery enthusiast, who was previously seen on the TLC special Plastic Wives, and a woman who regretted her previous plastic surgery. They also brought up the question of how young is too young for […]

WNEM TV 5 This is an interesting segment from local CBS News about a website called MyFreeImplants.com. They interview a patient of mine who used this website to have her breast implants paid for. No, the site isn’t a hoax, although the idea behind it is pretty… out there.

The Present And Future Of Breast Enhancement

Here is my latest article in the Huffington Post: The statistics are in.  2012 is officially the year of the silicone breast implant. Every year the American Society for Aesthetic Plastic Surgery (ASAPS) publishes annual cosmetic surgery statistics from the year before.  The numbers released on Tuesday, March 12th reveal that breast augmentation is the […]

Strange story from CNN.com: She arrived on a suspicious flight. Her story didn’t sound right. And then there was the blood … under her breasts. An airport security check in Spain led to an operating table for a passenger — where, authorities said, they found she had tucked packs of cocaine in her breast implants. […]