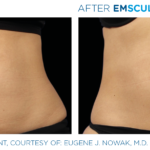 How to redefine your curves!

Your face may be the thing people notice the most about you, but you’ve got a whole lot of body left below the neckline! Many of my patients complain that they have just a little too much here, not enough there, and wonder why it’s all so much lower than it was a decade ago. […]

How To Reduce Fat Without Diet, Exercise, Or Surgery?

My latest article printed in the Plastic Surgery Post: We all want to lose fat.  But not all of us want to go under the knife to do it. According to the American Society of Plastic Surgeons, last year 204,702 Americans underwent liposuction, making it the third most common cosmetic surgery performed. This is in […]

There is a very interesting study that was recently published in Plastic and Reconstructive Surgery, the official journal of the American Society of Plastic Surgeons (ASPS).  From the ASPS website: The new study by ASPS Member Surgeon Eric Swanson, MD, Leawood, Kansas, evaluated 301 patients having liposuction, either alone or in combination with abdominoplasty, using […]

Interesting story out of the Dallas Fort Worth area:  According to the Star Telegram, Dr. Hector Molina performed a nine hour liposuction surgery on a patient, despite determining earlier that the patient was not suitable for the procedure.  The patient suffered severe complications as a result.  Even worse is Dr. Molina’s lack of training in […]

This is a segment from the Doctors last season, where I treated a patient’s banana rolls via mini liposuction. Thanks to Dr. Ordon and everyone at the Doctors for a great experience!

PowerX – A New Type Of Liposuction Hits The Market

There is a new type of liposuction device on the market.  Unlike some of the recent liposuction machines (such as Tickle Lipo and Body Jet) this device doesn’t promise the patient better or quicker results, but promises the doctor an easier time doing surgery.  Power X is produced by Sound Surgical, the innovators of VASER Liposelection.  It’s […]

Can Liposuction Make You Healthier?

A new study recently presented at the annual conference of the American Society of Plastic Surgeons has found that liposuction will not only make you thinner, but can also potentially decrease the triglyceride content in your blood. According to ABC News: Researchers studied levels of cholesterol and “bad” fats called triglycerides in the blood of more […]

The FDA has recently cleared Liposonix, an external ultrasound machine that causes fat reduction with minimal invasiveness. Liposonix is known by their motto: “One Hour, One Treatment, One Size Smaller.” The next day, Medicis (makers of Dysport and Restylane) proceeded to sell Liposonix to Solta Medical for $35 million. This is a pretty big development […]

Dr. Peter Normann is an internist who served as an emergency room physician in Arizona.  After undergoing six days of training in liposuction and some “hands-on” training in breast augmentation, he fancied himself a real plastic surgeon and began operating on unsuspecting patients.  After three of his patients died during or immediately after surgery (one […]

Does Fat Removed Via Liposuction Come Back Elsewhere?

There is a fascinating liposuction study recently reported about in the New York Times.  This new study, from the University of Colorado, focused on whether fat removed via liposuction can come back in a different area.  From the NY Times: In the study, the researchers randomly assigned nonobese women to have liposuction on their protuberant […]